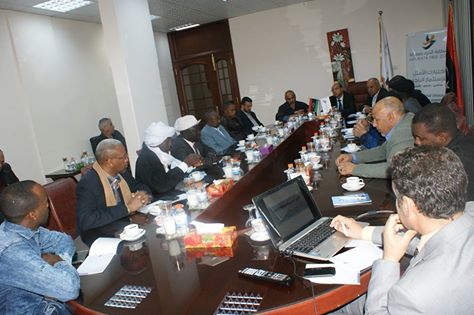 The Mayor of Al-Qatrun Municipality, heading a delegation that included members of the Council of Al-Qatun Notables and the Southwest Cooperation Committee, visited Misurata Free Zone on Sunday, February 14, 2016. The aim was to establish a network and facilitate commercial relations between the two municipalities, which would contribute to the success of the national project for transit trade a success due to the great historical importance of the two cities as links between northern and southern Libya as well as the African depth.