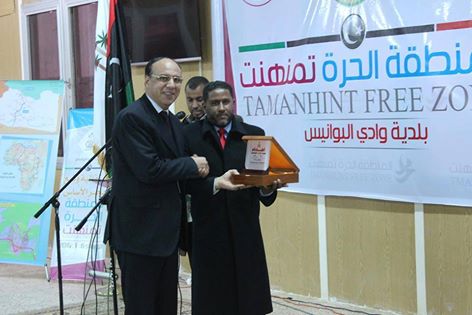 In a ceremony held at Tamanhint Airport, the cornerstone of Tamanhint Free Zone, a subsidiary of Misurata Free Zone, was laid by the Prime Minister of the National Salvation Government on January 6, 2016. The ceremony held in the presence of a number of ministers of the National Salvation Government, members of the General National Congress and many other guests and representatives of the municipalities of the south and state institutions.